IF YOU THINK THE ABUNDANCE OF SOCIAL MEDIA POSTS, TWEETS,  AND PHOTOS POSTED BY ATTENDEES WAS A BIT OVER THE TOP, BRAGADOCIOUS, PERHAPS EXCESSIVE. I GET IT. YOU ARE IN YOUR FEELINGS AND HAVE EVERY RIGHT TO BE. ESSENCE WAS LIT!

Trips from my hometown of Jackson, Mississippi to New Orleans were frequent. Church conventions, family gatherings, and catching the Carnival to the Caribbean were all worth the quick two and a half hour drive. “Back in the day”, stomping it out with the sorors for the cause, carpooling to the Southern Heritage Classic and excursions to Essence were my favorite travels.  No longer a clumsy little girl with big teeth and an extra wet, (slimmier on Sundays) short Jehri Curl, and definitely not the bumpy faced, bun wearing college student naive, careless and carefree… Seasons have changed, maturity set in and for the past three years the quest for Essence Fest is focused on business accompanied by pleasure; after all, it is Essence. (Oh, and recently during alter call, I forgave my mom and William Morrow for the atrocity Jehri committed against my tresses back in the summer of 85’ into the winter of 86’.

THIS TRIP WAS GOING TO BE DIFFERENT, I COULD FEEL IT!

My anticipation heightened soon as the oversized tires on my rental trampled over the muddy bayous past Laplace, Louisiana into the overly occupied streets of downtown New Orleans.  I could feel it and I was going down hard, no longer sticking to my guns. I’d been tag teamed by PJ Morton and Trombone Shorty- seduced by only twenty-four minutes of Bounce & Soul, Vol 1. It was too late. The horns, bass, treble, and syncopated drum lines got me. I’d already been converted into the  “New Orleans Girl” described on track 2. This was my third year in a row attending the celebration with BJ @woohoneychild, my friend and business partner. After twenty-four years, the annual music festival made history with more than a half million people in attendance, subsequently surpassing Cochella, one of the most popular music and arts festivals held within the US. The weekend began with a day of service and was filled with panel discussions, live performances, empowerment sessions, give-a-ways, beauty and style forums, and nightly concerts featuring the best R&B, Soul, HipHop, and Gospel artist.

Celebrities, entertainers,  rising stars and the up and coming from every industry alongside the locals and commoners all commingled together. Food, fun, and festivities filled the streets from one end to the other.  @Luvvie, author and entrepreneur coined the celebration as "The Black Girl Super Bowl" and you had better believe that the real MVP's arrived out of a sea of black excellence and had no problem flaunting in all their royal deity. Clearly Walmart, one of the mega sponsors for the event, were in the spirit and had heard from heaven when opting #reignon as the featured hashtag for the weekend. Opening day stood out for several reasons.  Members of The Orchid Society, a nonprofit mentoring program immediately captured our attention as the group of  well mannered young girls stood proudly with puffs and pony tails peeking above and around chrome stained crowns, with colorful mix shaped gems. We were pointed in the right direction and were presented our crowns with gratification.

Queens of every hue, size, and status from here, there, and yonder filled the Earnest N. Morial Convention Center- such an alluring sight. Talk about peacock proud. Moreover; the increase among female youth and young adult attendees indicates the relevance ESSENCE maintains within the African American Community. Young and old withstood the wait of lengthy lines to strike poses with an handsome architect of T’challa and enchanting idol of Okoye, characters from the movie Black Panther. Ruth Carter, accomplished film and theater costume designer was such a pleasant surprise. With poise and massive swag she elegantly presented insight on the evolution of how Black Panther costumes evolved. Never in my life had I heard  anyone discuss the process of fashion design in such theoretical manner. The presence and partnership with Disney proved to be fruitful and appreciated by all.

THE EVOLUTION  OF ESSENCE

Truth is, Drake was more than likely in his feelings because Kiki decided to attend Essence without him. This was not the weekend for being all booed up according to the flossypossy. And yes... The hit movie Girls Trip, recorded three years ago, during Essence Fest had a significant impact on overall attendance. Although "In My Feelings" and "Booed Up" were the soundtracks for the weekend... Oh and by the way, if we never hear those songs again, we'd be just fine.  Navigating about town was impossible without DJ Such-n-Such blasting both songs-all 144,00 remixes.

There was an unforgettable, definitely undeniable vibrant energy that transcended beyond  festivities, food, and fashion. It had to have been the love woven in hours of dedication to create yards of perfectly parted mane at 90 degree angled squares of  colorful box braids. It was the precision etched in fros and undercuts as a result of black barbers' blades-the smell of heavenly oils that made curls pop and locks sway. It was the fine linen, long enough for tunics to ride hips of stallions, short enough to leave poor MISTER - PERIOD gagging and a searching for air.  Perhaps it was the empowerment tees created for the culture by the culture with images of thine likeness scribed with just enough print designed to pierce the heart and stimulate the mind. Then again, I can't dismiss "that outfit". You know, the righteously wrong, God forsaken, "who let you come out the Airbnb lookin like that?" getup. Somehow... the spirit of Essence rises, the doors of the convention center open, and there's no room to criticize in the judge-free zone. All  are welcome, appreciated and valued; even the white girl who came with her braver than most, black boyfriend. Nevertheless. We honor. We accept. We love! At Essence there are no comparisons. The BlacketyBlackBlack are just as beautiful as the HighYellaHeffa. They are in no wise competing, but rather celebratory, and affirming of each others beauty, accomplishments, and success. See you at ESSENCE next year where empowerment, entertainment, and cultural expression is in its excellence...

"If It Isn't Love"... 3 Effortless Styles To Adopt For Valentine's Day Or Night

Reaching Your Target Market Royally: How I SOLD OUT At Essence Festival 2016 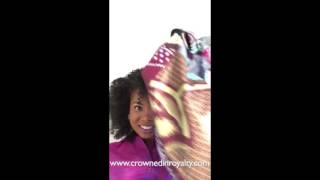 "If It Isn't Love"... 3 Effortless Styles To Adopt For Valentine's Day Or Night